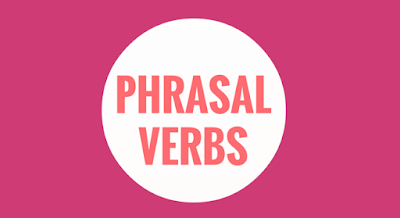 13. The policeman brought the criminal _____, but unfortunately hurt himself in the act of doing so.
(up - down - under)

1. They used some strong vodka to bring him around.
bring someone around/round  = convince someone of something / bring back to consciousness
Ex.: I'm sure she can bring Tom around to the idea.

5. The accident was brought about by his careless driving.
bring something about  = cause to happen
Ex.: He brought about the reformation of his country.

6. I was really happy when I finally brought that new contract off.
bring something off  = succeed in doing
Ex.: I can't believe you brought that crazy scheme off.

7. Smithers brought her latest book out last year.
bring something out = publish, make available to the public
Ex.: Hopefully, we can bring the article out by the end of the year.

8. The new computer expert was brought in to solve the problem.
bring someone in = invite a specialist into a company to do a particular task, such as a consultant
Ex.: We brought Tom in to help us improve our hiring practices.

9. I don't mean to bring you down, but your favorite baseball team lost the game.
bring someone down  = upset someone
Ex.: Don't let the bad news bring you down. Everything will work out in the end.

11. He brought the rowboat to and let his sister get off.
bring something to = change directions towards something, usually with a ship of some type
Ex.: The captain brought the sailing ship to and headed into the bay.

12. I'm afraid he brought his troubles upon himself.
bring something upon yourself  = used with the reflexive pronoun, create problems for yourself
Ex.: You brought your marital issues upon yourself.

13. The policeman brought the criminal down but unfortunately hurt himself in the act of doing so.
bring someone down = cause someone to fall, make someone depressed
Ex.: Frank brought him down by tripping him.

14. Did you bring up the subject with your boss?
bring something up = mention during a conversation
Ex.: She brought her children up while we were talking.

15. The revolution was brought about by the regime's lack of trust.
bring something about = cause to happen
Ex.: Unfortunately, the employees brought the problems about due to their lack of attention.